Kitchen Painting Apprenticeship: This is the story of an old fashioned style of apprenticeship, one where time served was spread over all the disciplines of a trade, in this case the hand painting of elegant kitchens.

It’s the story of Tom Mapstone’s progress in a trade that brooks no error. With a sense of dedication that has generally declined in the last twenty or so years, he enrolled at Swindon College. Having achieved exemplary results, he left with the qualifications necessary to enable him to call himself a painter and decorator. But Tom was aiming higher and ten years ago, he started to work for me. At the time I was working for Mark Wilkinson Furniture, painting their sophisticated and exclusive kitchens and furniture. Here I have to applaud his dedication as in the area we were working, an almost insignificant kitchen could cost well over one hundred thousand pounds.

Tom working on a bespoke kitchen in Jordan

For the best part of his first year, he learnt the importance of protecting all surfaces and that this in turn would give the client confidence. He also discovered that long before either of us could start painting, the preparation involved long hours of rubbing down, gunning in and filling, which was the next part of his learning experience. I would say training but that implies a rigidity that did not and could not exist as all of the projects we were involved in were extremely different, not only from the point of the client’s requirements, but also from the type of material the kitchen or furniture were constructed from.

Tom preparing a kitchen in Jordan

Now came the marathon. Having achieved the extremely high standard of preparation required day in and day out, Tom moved on to mixing paint to exactly the right consistency for both undercoats and topcoats. As we were working all over the world, he was able to learn the changes necessary dependent on the climate.

Tom working in a chateau in Toulouse, France

Here, four years into his ‘Old Fashioned Apprenticeship’, he had experienced all of the above and had acquired the ability to maintain himself, his brushes and his painting kit generally. He spent the next two years or so preparing, undercoating and learning how to treat specific surface problems prior to applying any paint. All of this successfully honed his brush skills to the point that both he and I felt he was ready to apply top coats to selected areas.

Tom working on a large project in Grasse, south of France

From that point, Tom has enhanced his skills. They are considerable considering that a Mark Wilkinson kitchen often requires two base coats, six or seven glaze coats and several coats of lacquer. However merely producing the bespoke finish that the fashionable elite expect as a matter of course, that is only a part of his accomplishments.

Tom working alongside a Parisian artist in St Tropez

Time off in the south of France

Sightseeing in the south of France

Tom working on a project in Paris

Tom Finishing a project in Paris

Finishing a kitchen in record time is not a measure of skill. It makes me wonder what techniques we are handing down to the next generation of kitchen and furniture painters.

It has been a pleasure to see Tom grow from a shy apprentice into a highly skilled kitchen painter and to see him interact with clients on a professional level. He has learnt his craft working long hours to meet strict deadlines and in a highly charged environment for the most discerning of clients. More than that, in the course of the last ten years and despite having a young family, he has worked for considerable periods as far away as Norway, Russia, Azerbaijan and Jordan to name but a few. Tom has painted kitchens and furniture for many bespoke companies such as Mark Wilkinson Furniture, Smallbone of Devizes, Linley London and McCarron & Co

A night out after work in Warsaw, Poland

Not only from a father’s point of view but as an employer. I am proud of Tom and consider myself privileged to work side by side with a young man who has become such a great painter. With over 250 kitchens to his name! I believe that Tom Mapstone is no longer an apprentice but is in fact a kitchen and furniture painting specialist.

You may be able to find a painter anywhere in Berkshire or London, so why should you consider us? We have decades of experience and will help you with the difficult decisions involving paint colours and decorative choices.

Hand painted bespoke furniture introduces an air of sophistication to any room. Whether you’re remodelling a bedroom or planning a hand painted kitchen. We would be glad to undertake the project for you. We specialise in hand painting high-end kitchens around the world for many discerning clients. Call us on 07785 784708 to discuss your project or schedule a consultation. 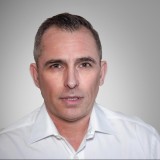 Specialist painter and decorator, Kevin Mapstone has worked on the most prestigious kitchen and furniture projects in London, the UK, as well as throughout Europe. He also specialises in decorative paint finishes and all aspects of period property decorating.

Kevin is responsible for hand painted kitchens and specialist decorating projects for ex-pats and homeowners in Russia, Europe and China.